In 1921, the Florida Legislature authorized the creation of the Everglades Experiment Station on lands near Belle Glade. Two years later, construction officially began, but the wild terrain of the  Everglades coupled with the forces of nature, including hurricanes, brought many setbacks. Still, researchers made early important discoveries. 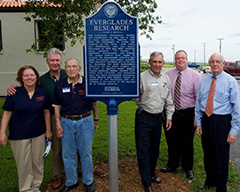 In 1928, Dr. Allison reported in UF Experiment Station bulletin 190 that copper in the fertilizer was essential to successfully growing crops in the muck soils. Studies during the 1930s included cross-breeding cattle, nitrogen investigations, insect control and introduction of the new fiber crop, ramie. By 1940, crops such as bush snap beans, cabbage, celery, lettuce, onions and lima beans were being developed and bred specifically for the Everglades region. Research was also devoted to helping the country's war effort.

Work with turfgrass began officially in 1946, and a fiber laboratory was completed in 1947. By 1952, a virus research unit dedicated to plant diseases was established, and further research was devoted to cattle. Sugarcane production increased in the 1960s and the Center responded with an expanded sugarcane research program.

In 1968, construction began on the station's library, which was completed in 1969. Two years later, the facility's name was changed to the Agricultural Research & Education Center. The 1970s saw many new research discoveries. Virus diseases stimulated research efforts. In 1975, a computer program for soil test recommendations was written to aid scientists in advising farmers. Plunging into modern agricultural techniques, station researchers began to work with growth regulators in plants and in cloning sugarcane. Computer processing of data became an important addition to research techniques. During the late 1970s, scientists studied the variable water table and developed agricultural product systems that utilized flooded soils. Rice emerged as a commercial crop rotated with sugarcane and vegetables. Vegetable research continued to grow as well, with new sweet corn, lettuce, celery, and pepper varieties released.

In 1984, the facility's name was changed again to the Everglades Research & Education Center (EREC). The name is perhaps most fitting because throughout its 75 year history, the Center has served as a viable partner within the Everglades Agricultural Area (EAA) community. This partnership resulted in a substantial gift from Wedgworth Farms, Inc. and the construction of the Herman H. and Ruth S. Wedgworth Laboratory in 1991. Research has expanded on studies of the past and now encompasses environmental issues, particularly in water quality. The Center now has a newly renovated soils laboratory thanks to the generosity of Wedgworth Farms, Inc., and a new conference center thanks to the generosity of Sugar Cane Growers Cooperative of Florida. 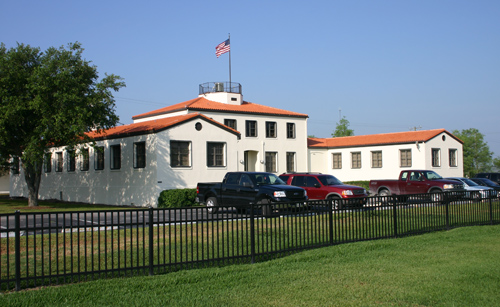